On Thanksgiving and Lyme Disease 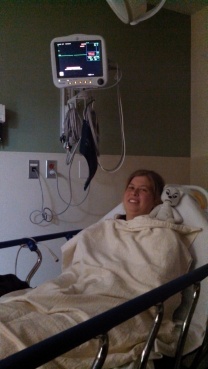 A visit to the ER in January

In the bathroom of a Wal-Mart in southern Pennsylvania in 2011, I found an engorged deer tick under the elastic of the running shorts I was wearing on a month-long hike of the Appalachian Trail. After a couple years of having some sporadic health issues but nothing particularly alarming — and six months of thru-hiking the trail — I came down with mononucleosis in September 2013. I crawled into bed to rest it off and, with few exceptions, barely got out until nearly 10 months later.

I had Lyme Disease.

The working hypothesis is that the bacteria that causes Lyme had lain dormant in my body until mono wreaked havoc on my immune system. With my white blood cells otherwise occupied, the spirochetes ran rampant.

At first, the only symptom I was presenting with was my tiredness. Extreme tiredness. In an essay in early winter, I wrote, “There is a particular tiredness that comes with mono. It is the type of exhaustion that seems to seep into one’s bones, weighing them down so that nothing sounds more appealing than an afternoon nap. Or a morning nap. Or a nap that stretches from an hour after one nap to an hour before another one.” 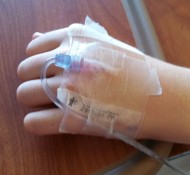 All autumn long, I slept more than 14 hours and as much as 20 hours each night. When I was awake, I tried my best to be productive, but I scarcely had enough energy to feed or wash myself, let alone get any work done.

With winter came a breaking of my symptoms, a respite that I’d later recognize not as recovery but as remission of a pattern typical to Lyme. Able to go to the office, I enjoyed the chance to finally “get things done” for my AmeriCorps service position. I got back to exercising a bit and explored the region of Massachusetts that I’d moved to a couple weeks before getting sick. Suddenly, everything was perfect, minus some “brain fog” that I just couldn’t seem to shake.

While visiting my family for the holidays, I developed a migraine that lasted and lasted — for ten days. I spent most of that time hiding in a dark room, waiting for the pain to subside. Eventually, I felt well enough to travel again and rode a bus back to New England for 26 hours, sleeping most of the way.

Winter saw a whole different set of symptoms: achy joints, anxiety and panic attacks, and amplified memory issues. I struggled to discern reality from my increasingly weird dreams and often repeated stories (and falsehoods that I thought were true) while talking to my friends and family.

Then, I started feeling better again. For three weeks, apart from brain fog, I felt normal, and I lived life as fully as I could. I dated and contra danced and planned summertime adventures.

But, in mid-February, I caught a cold. The cold became a fever, which became a complete flaring up of all my symptoms — and then some.

I should write an ode to Doxycycline.

At the end of February, I went to the ER with intense abdominal pain. A day and an hour-long ambulance ride later, I was taken to the OR for what was thought to be a miniscule kidney stone. As I was struggling to come out of an anesthesia-induced daze, I learned that the cause of my pain wasn’t a kidney stone at all and was, unfortunately, an issue that would require more surgery in a few weeks’ time.

In the meantime, my condition continued to deteriorate. Physically and emotionally, I was miserable. Mentally, I was nowhere near myself. My roommates put a cushion in the kitchen with blankets, and I would lie there and talk with them when I could. They also took to taking me out on Saturday drives when I was healthy enough to leave the house. One of my roommates in particular became a caregiver to me: Kate ensured that I had food to eat, picked up medications for me, and called an ambulance when I passed out as she was helping to get me back to my room. 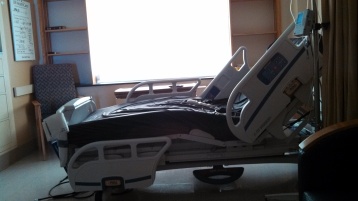 Going home from the hospital was so exciting.

Eventually, I felt a bit better, and I flew to Kentucky to be near my family for the kidney surgery and the month-long recovery period; however, the stress of travel made “mono” roar its ugly head yet again.

My family couldn’t believe the state I was in. I went back to sleeping around the clock, and I grew so weak that I couldn’t wash my hair or lift my full water bottle. My muscles ached and twitched, and I sometimes hurt so much that I couldn’t sleep. I was perpetually dizzy, my circulation was terrible, and sunlight made me nauseated. It seemed that I didn’t have a bodily system that had been spared by whatever illness it was that I had, which my mother insisted wasn’t mono.

During a visit to my childhood doctor, I asked whether I could be tested for Lyme. Several days later, on April 21, 2014, I learned that my ELISA test was equivocal for Lyme; while more tests were ordered, I began a two-week prescription of Doxycycline. Surgery was postponed until Lyme was under control.

After surgery, my sister, Kelly, painted my nails to give me something pretty to look at while I was stuck in bed. She also kept me and my Lyme- and Oxycodone-addled brain happy with songs, bead pets, and coloring books.

The Western Blot that my doctor ordered ended up coming back negative, as did a future ELISA test, but by the time they received my results, it was readily apparent that the Doxycycline was having a positive impact (after a Herxheimer reaction). A physician’s assistant and family friend who works in that doctor office decided to keep me on antibiotics.

The day after my 25th birthday and just over one month after beginning Doxycycline, I fasted for surgery. The following day, I had abdominal surgery that left me with a Lyme flare and the need for too much Oxycodone and Valium. Over the next month, with more help from my sister than I can ever repay and Doxycycline, I got the Lyme back in remission, made significant strides toward recovering from surgery, and weaned myself off the other medications. As June turned into July, I started walking again — first down the driveway and then down the road. My brain seemed to start working again, and I dared to hope that Lyme was gone for good.

These days, recent bloodwork seems to indicate that I might be ready for another bout of Lyme, but I’m making the most of this health while it lasts. In August, I was strong enough to hike, and I was able to backpack in September and October. I’ve got my sights set on the Pacific Crest Trail next summer, and my trek will be a benefit hike for the International Lyme and Associated Diseases Society (ILADS). The ILADS treatment protocol gave me my old lifestyle back, and supporting their important work is incredibly meaningful to me.

When I was well enough to be outside but couldn’t be in the sun or sit, Kelly set up an air mattress on the porch for me. Ohana (our dog) appreciated it, too.

So, this Thanksgiving, I’m thinking back to where I was one year ago, and I am tremendously grateful to all the people who have helped me recover. Having faced a chronic illness and feeling well again has left me wonderfully grateful for each day that goes by. Every moment that I’m not in bed feels like a precious gift, a beautiful blessing. My family, roommates, friends, and doctors got me through what has been the most difficult experience of my life. To each of you: Thank you. Thank you. Thank you.

If you would like to learn more about my hike or sponsor me as I walk for ILADS, please click the Making Lymeade tab and visit my HikeFor.com page. Happy Thanksgiving, and thank you!

14 Replies to “On Thanksgiving and Lyme Disease”