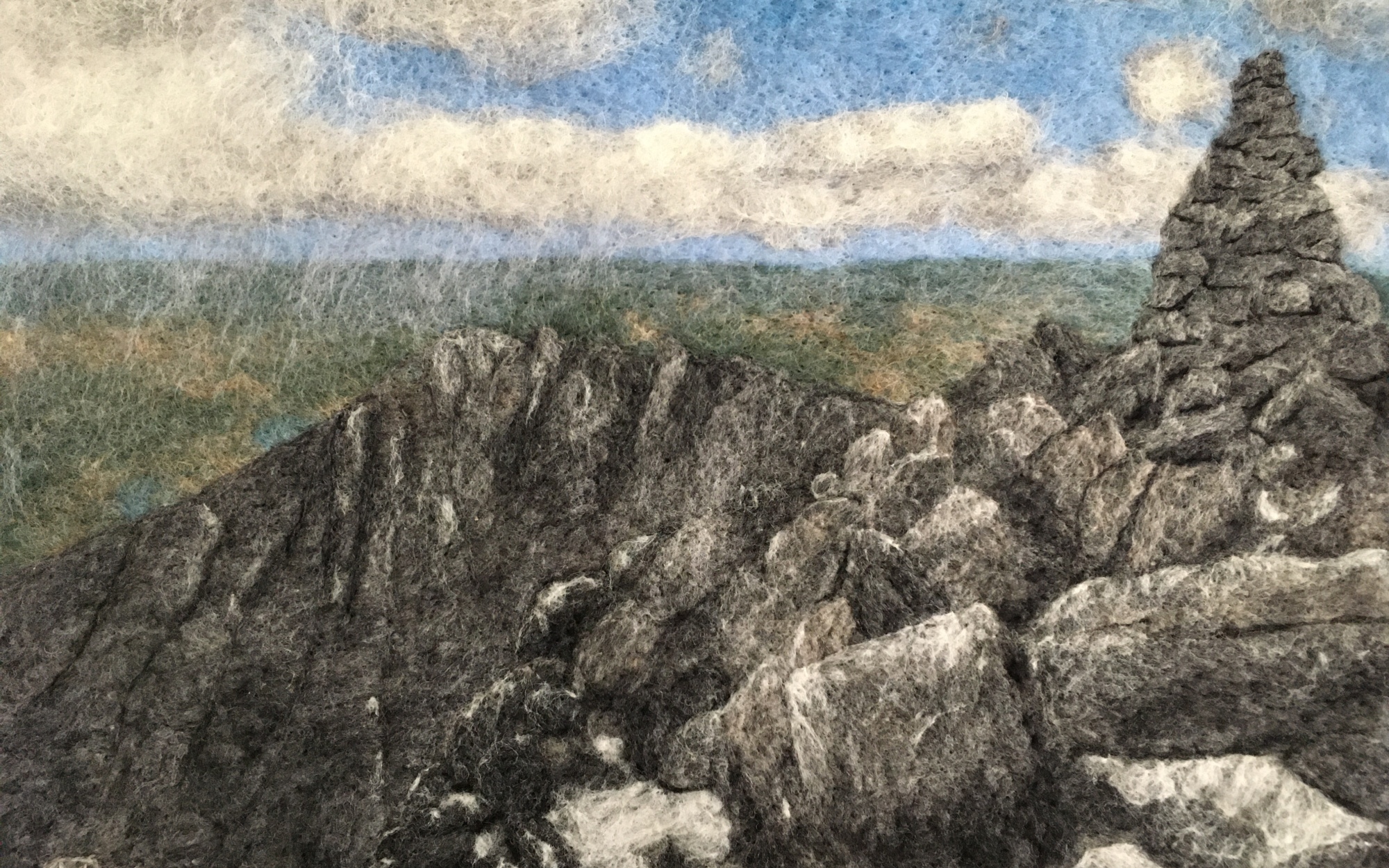 After summiting Mount Katahdin and, thus, reaching the end of my six-month backpacking journey, I was taking a chilly, thoughtful break on the snowy summit when the sky started to clear. Without cloudy mist all around me, the infamous Knife’s Edge came into view. It was magnificent, every bit as dramatic as its reputation suggested. I longed to hike it, but there was no way I would have attempted it in that weather. As I crossed a big goal off my bucket list, I found myself adding another one, a sort of pledge to myself that I’d see this beautiful mountain another day.⠀

In this piece, the foreground is dominated by a massive, snow-covered, stone cairn and the rocky summit. Beyond the cairn, the jagged profile of the Knife’s Edge spans the width of the felting. Mist partially obscures the view of the horizon as the clouds part to reveal blue sky.

While felting Katahdin’s Knife’s Edge, I thought of Henry David Thoreau’s words about the mountain:⠀
“It is difficult to conceive of a region uninhabited by man. We habitually presume his presence and influence everywhere. And yet we have not seen pure Nature, unless we have seen her thus vast and dread and inhuman…Nature was here something savage and awful, though beautiful. I looked with awe at the ground I trod on, to see what the Powers had made there, the form and fashion and material of their work. This was that Earth of which we have heard, made out of Chaos and Old Night. Here was no man’s garden, but the unhandselled globe. It was not lawn, nor pasture, nor mead, nor woodland, nor lea, nor arable, nor waste-land. It was the fresh and natural surface of the planet Earth, as it was made forever and ever.”

This 18″x14″ wool felting has been adhered to an acid-free mounting board, signed, and wrapped in a cello bag for easy shipping and gifting. It will arrive ready to frame or display on an easel. 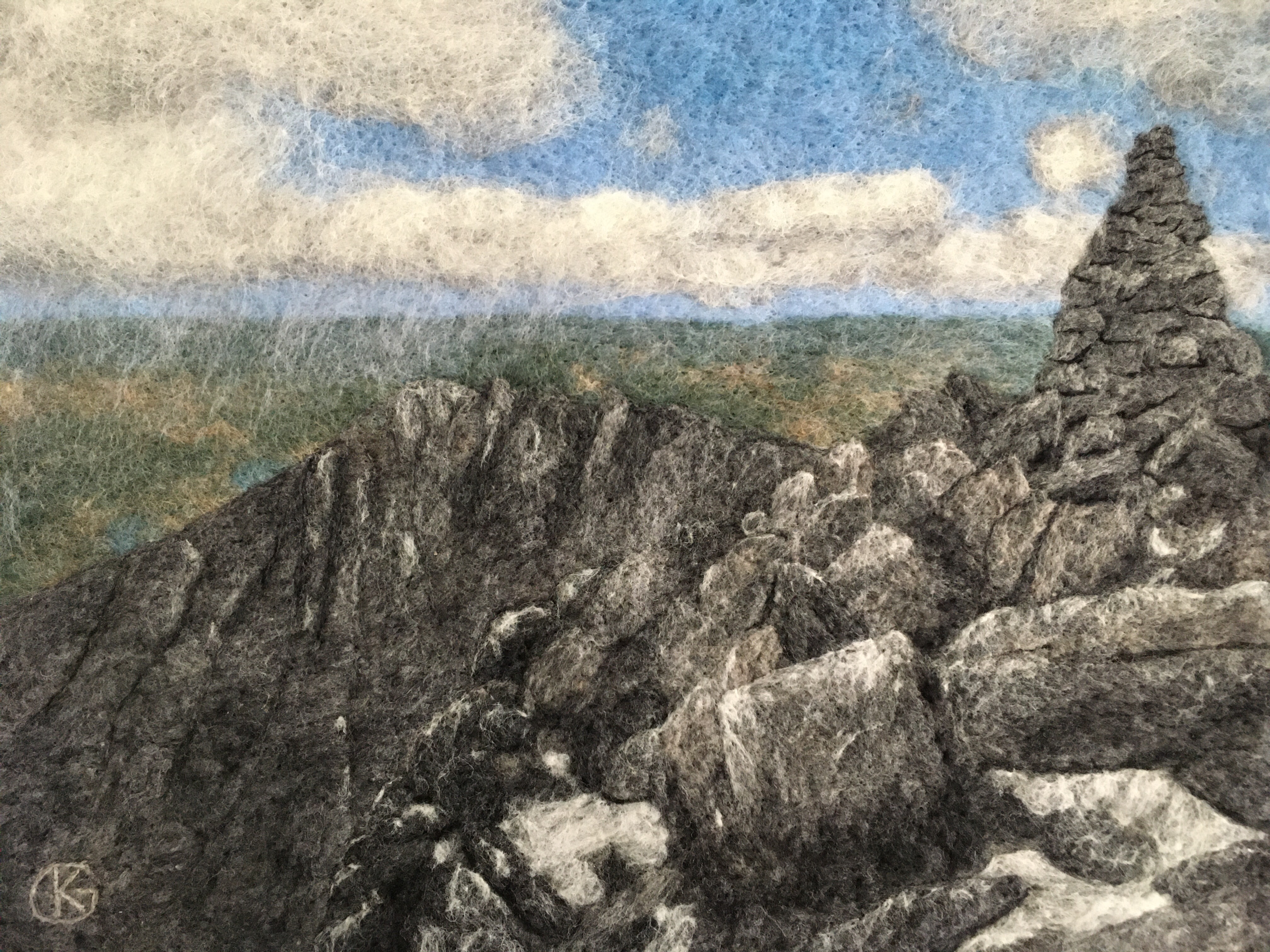