It’s not that there aren’t backpackers and outdoor adventurers in rural Kentucky; there are. But, I rarely seem to meet any of them, and, as a result, I generally don’t talk much about my outdoor experiences and aspirations. There are plenty of other things to talk about, and I genuinely enjoy visiting with friends and neighbors in the Bluegrass State. However, one of my favorite things about taking a Wilderness First Responder course at the Outward Bound campus of Table Rock, NC, is being surrounded by dozens of other wanderers and outdoor adventurers.

It became apparent that I was among kindred spirits — people who could understand my having five addresses in eight months, and who admire the latest outdoor gear but are roughly the age of their cars — when the first day of our course began with introductions, which included the place we each “receive mail.”

While we share the passion of adventuring outdoors, the specific sports and activities that we each enjoy are varied. I am one of a few people in our class who primarily consider themselves to be backpackers, and there are rock climbers and skiers and snowboarders and white water athletes and flat water boaters and hunters and horse packers in our group. There are instructors and group leaders; there are people who generally enter the backcountry with others and people who generally adventure alone. All of this has contributed to some varied perspectives and biases in how we have assessed and reacted to staged scenarios of disasters in the wilderness.

I came to Table Rock to take a Landmark Learning Wilderness First Responder course, which is a prerequisite for the outdoor leadership program I was just accepted to in Greenfield, MA. A WFR course is 80 hours and involves both lectures and laboratory time, during which instructors watch as we treat mock patients taking part in contrived scenarios. In the last few days, I’ve treated an asthmatic rock climber, a hypothermic naturalist, an unresponsive hiker, an adventurer suffering from altitude sickness, and a pogo stick champion with a broken wrist. I’ve been a birder with hypertension, an avid paintballer with a broken rib, and a Gore-tex-sponsored competitive runner suffering from heat stroke. Acting in the role of rescuer, I’ve been a lead responder, a member of medical teams, a patient advocate, and part of a volunteer response crew. And, in study sessions, some new friends and I have reenacted some of my favorite stories of health-related misadventures on the Appalachian Trail, including the tale of the Barrington Crater.

I’d be lying if I said that I haven’t been having fun. However, there is also a real gravity to the WFR course. Every day, we learn about the traumatic injuries, environmental threats, and medical issues that can affect us and those we love while we’re doing the things we love to do. We hear recounts of tragedies, and we evaluate stories of successes and failures of medicine in the field. We acknowledge the limits of our abilities and consider the ways in which we can make a difference. The responsibility of becoming a/the person who, among a random group of thru-hikers, should know what to do in a given situation is something I’ve continued to think about throughout the course.

Maybe it’s my love of method acting catching up to me, or maybe it’s the memory of Emma’s fall on Mount Washington last year, but I have a difficult time distancing myself emotionally from some of the material I’ve been learning. It’s not that I’d felt invincible in the outdoors, but I have felt safe, secure in my experience and physical ability. While increased awareness of what can go wrong might make me a bit more anxious about scaling a wet and rocky incline alone, I think the knowledge and ability to respond to an emergency situation also engenders a sense of confidence that puts some of those worries to rest. As our instructors love to say, “Prevention trumps medicine.” Let’s mitigate the risks that can be mitigated and know how to respond to the problems that may occur.

Long story short, if you’ll also be thru-hiking the PCT this year, do everything you can to avoid dehydration, heat exhaustion, hyponatremia, rattlesnake bites, and traumatic injuries. But, if a problem does arise, I think you’ll be in good hands if you happen to have said problem around me or another WFR.

Be safe out there, friends. 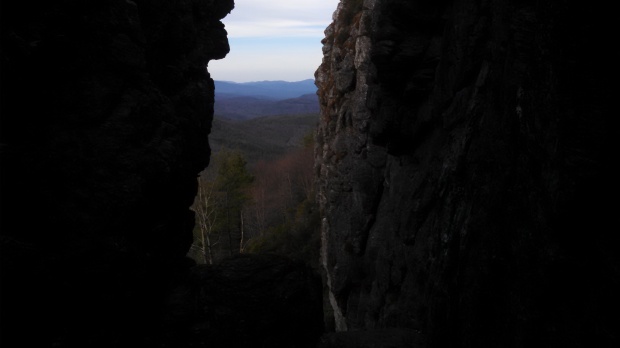