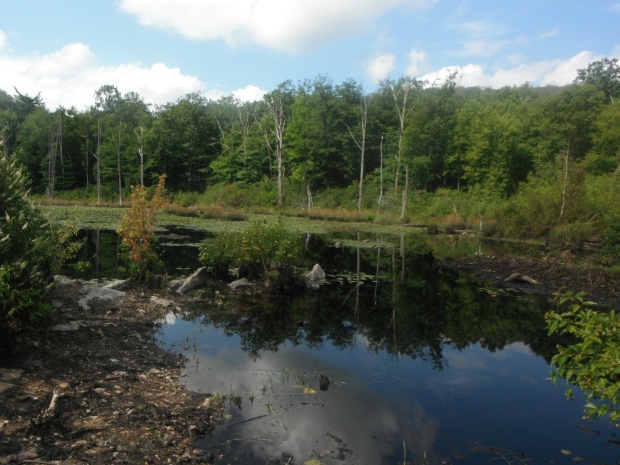 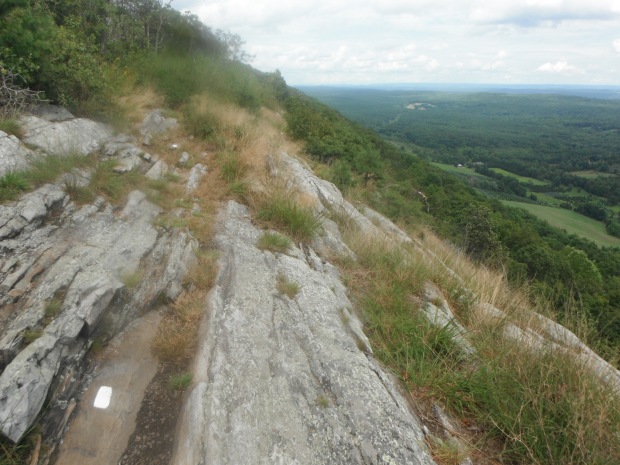 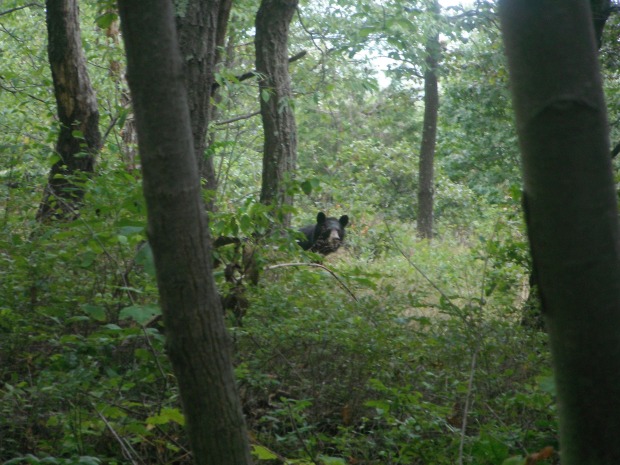 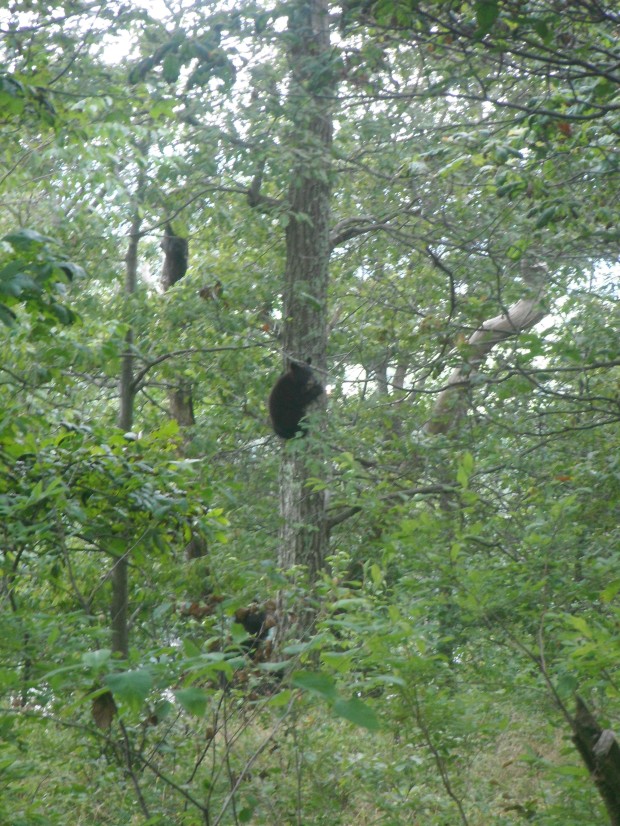 In the interest of full disclosure, I must admit that this post was scheduled rather than created tonight.  I’m currently on the Pacific Crest Trail, hiking for the International Lyme and Associated Diseases Society.  You can read more about my PCT thru-hike here. 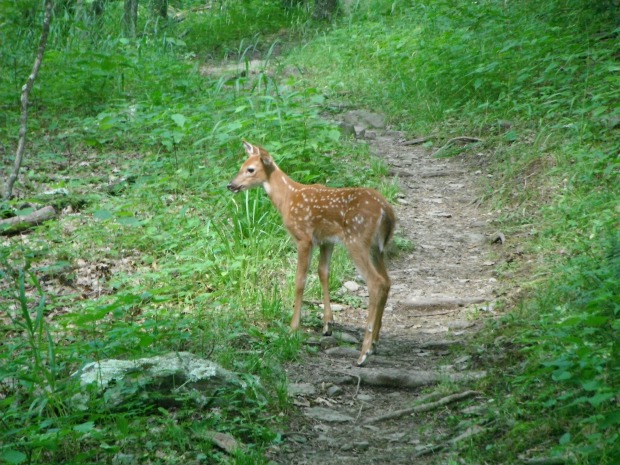 A fawn on the trail 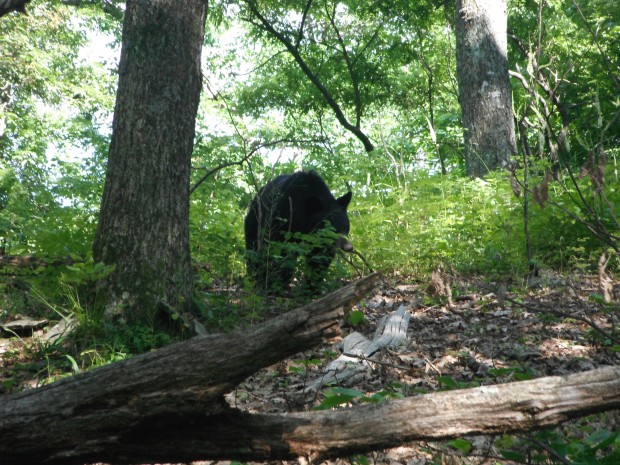 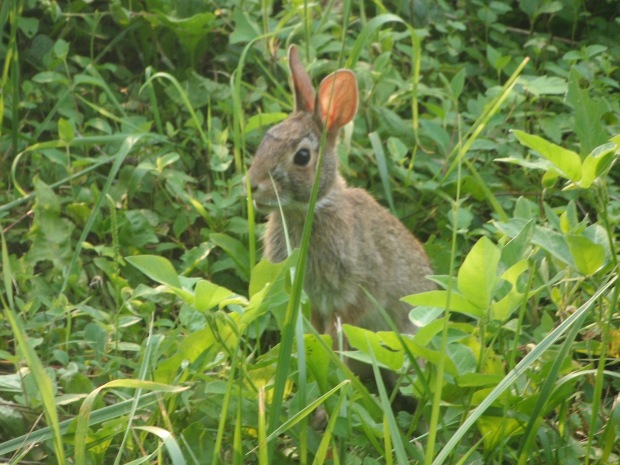 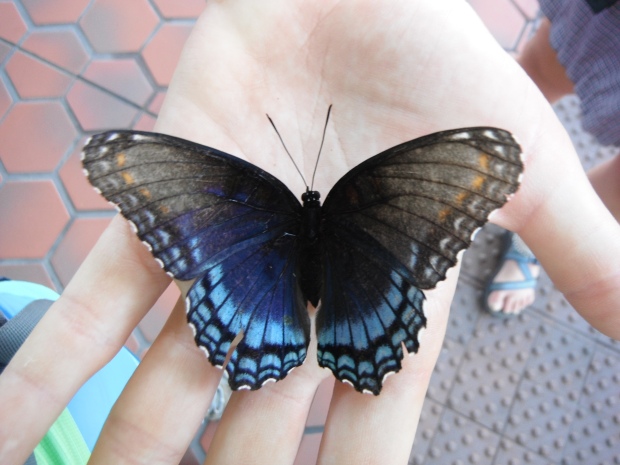 Bonus: A butterfly in DC

When you picture a snorer, a burly, bearded man probably comes to mind.  I have a confession:  If he and young, fit, female me were to share a shelter, my snoring would probably keep him up.

I’ve snored since I was six years old, and I often say that it’s the thing I’d change about myself if I were given the opportunity.  It made me self-conscious and embarrassed, and it was something that I went to great efforts to hide from the rest of the world, until recently.  These days, I just don’t have energy to waste on being self-conscious; there are too many fun things I want to do and experience.  Even more than that, I don’t worry about my snoring because I have this hypothesis that it’s actually useful.

As an aspiring and snoring scientist, I would sometimes consider how a behavior like snoring could have evolved.*  If commercials and popular culture have taught me anything (besides that I should be white), it’s that no one wants a bedfellow who snores.  And, thus, it seems as though sexual selection would have removed snoring from our species long ago.

But, what if snoring actually confers some benefit to the snorer besides scaring away persistent pink blazers**?

The Shenandoah National Park–and much of the Appalachian Trail in both Pennsylvania and New Jersey–is filled with black bears.  A few thru-hikers make it through the Mid-Atlantic states without seeing any bears, but I fail to understand how that’s possible.

I’ve seen many bears in the eastern woods, both mothers with their cubs and lone males.  Generally, as long as you’re not between a mother and her cubs, she won’t bother you; the lone males, on the other hand, are looking for prey.  Therefore, your goal is to convince them that you’re not prey.  Most of the time, that’s not very difficult, but it can be more complicated when they’re stalking your tent in the middle of the night, after you’ve hiked 25 miles that day and just want to sleep.

Here’s where snoring comes in.

Throughout the Mid-Atlantic, my tent sites have been haunted by a number of black bears.  Before I fall asleep, I bang my hiking poles in their direction and make enough noise to frighten them off.  When I hear their rustlings in the middle of the night, I often just roll over and keep sleeping.  My insomniac of a hiking companion laughed at this behavior until he noticed that it worked:  My snoring would scare the bears away with as much effectiveness and far less effort than climbing out of the tent to create a ruckus would.

*For the record, I’m just having fun with this idea.  I realize that much of evolution is non-adaptive and that behaviors/traits can stick around as long as there isn’t a strong selective disadvantage to them.

**A “pink blazer” is a (terribly annoying) man who changes his hiking itinerary to hike with/near a female hiker he fancies.

When you’re living away from Internet and television and don’t want to carry heavy books in your backpack, you have quite a bit of time alone in your head.  And, my head has a tendency to use that alone time to get organized.  Sometimes, this organization looks really productive and creates grown-up things like future employment and grad school plans; other times, it creates things like the bears-to-falls ratio.

The falls I’m referring to are of the more mundane variety than cascades of water.

I’m not a clumsy backpacker, per se, but I do have a tendency to struggle with staying upright.  I think it’s the combination of roots and rocks and large boots and a heavy pack and long days and tired muscles, but I’m not sure.  I just know that I tend to be a relatively coordinated hiker and tend to save the falls for backpacking.

As a result of this tendency–as well as the frequency with which I see black bears on the trail–sometime early on in my thru-hike, I decided to keep track of both my bear sightings and my falls. 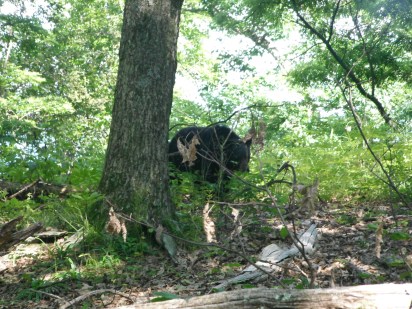 To do this, I needed to operationalize a fall.  If I were to count every trip or stumble, there was no way that the bear sightings would have a fighting chance.  (And, I’d probably be discouraged.)  No, to count, a fall would have to involve my butt or both knees touching the ground.  Even then, the AT didn’t lend itself well to fall tabulation; in the case of very steep slopes (where one is likely to need to lean or scooch), I had to adjust my criteria to focus on instances when resuming hiking from a given position required unusual effort.

With the rules in place, I was ready to begin my count.

As the southern half of the trail allows Verizon Wireless’s coverage to shine, so, too, did it allow my bear sightings to dominate the ratio.  All through the mid-Atlantic, my bear sightings continued to outnumber my falls.  But, then I got to New England.

I’ve hiked a lot in the White Mountains.  I know that there are nice carriage paths and trails that contain a fair amount of dirt or needles from softwood trees.  Those who determined the Appalachian Trail’s path through the White Mountains seem to have been unaware of these trails.  Instead, the AT sends backpackers up dramatically steep, alarmingly eroded trails, across rocky ridges, and down slopes as rough as those we’d climbed.  As a result, I helped out the falls’ side of the ratio considerably all through the Whites and the Mahoosucs.

And, the last bear I saw on trail was in Massachusetts.

By the time I reached Katahdin, I’d racked up a grand total of 19 bear sightings and 42 falls.  Oh well.